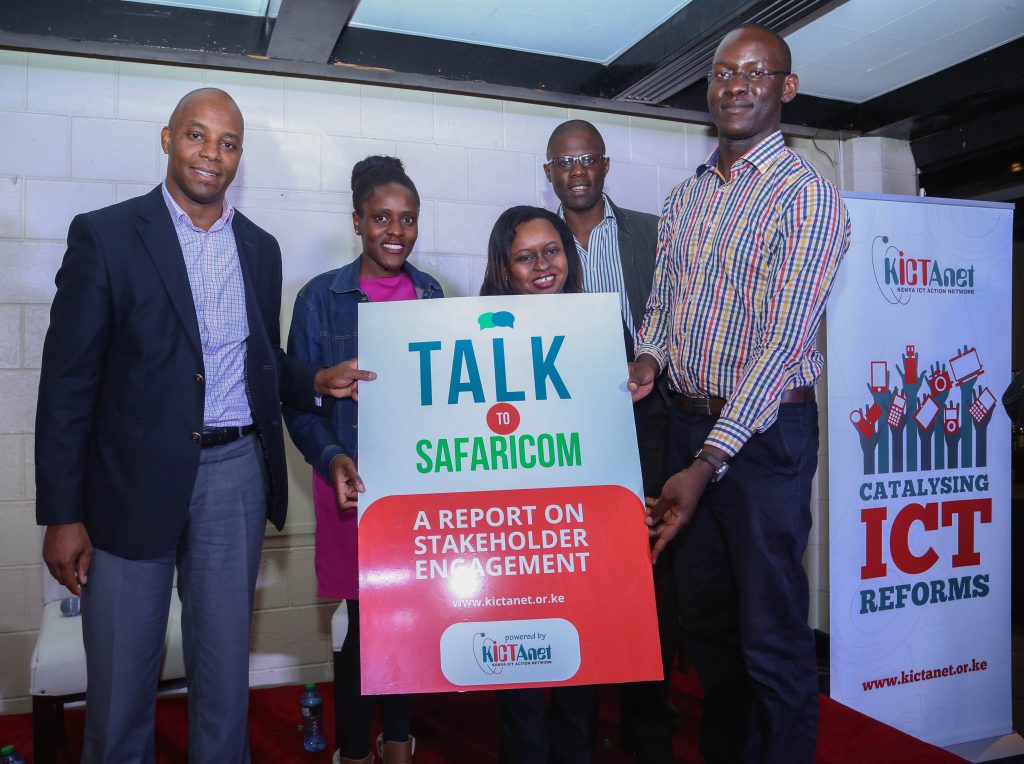 On 7th April, Safaricom in partnership with KICTANet held a cocktail event at the Intercontinental Hotel in Nairobi to launch the report on the Talk-to-Safaricom online discussions on the KICTANet online platform. The discussions were undertaken over a period of one week and covered areas such as Consumer protection, Competition, Innovation, Infrastructure & Universal Access, Technology & Elections.

During the online discussions, KICTANet listers were able to raise their concerns on those specific areas of Safaricom’s business and the Safaricom through its Corporate Affairs Director, Mr. Steve Chege was able to respond to each of their concerns.

The objective of the cocktail event was to provoke and surface consumer, regulatory and policy concerns around Safaricom’s services. Additionally, the session was expected to provide an interactive platform for exchange of ideas and building solutions and consensus around the issues raised.

Among the issues that came up included the question of privacy rights of consumers, quality of service, internet shutdowns, innovation, cybersecurity, partnerships and so on. Additional information can be seen on Twitter on #Talk2Safaricom or #TalktoSafaricom.

At the conclusion of the event, KICTANet presented the final report to Safaricom who committed to review and take relevant action to address the concerns raised.