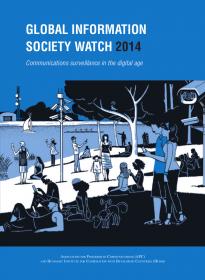 Kenya is located in East Africa and has an estimated population of over 43 million people. The country has, according to recent estimates, 31.3 million mobile subscribers and 19.1 million internet users.

Despite the country’s relative peace, Kenya has since 1975 fallen victim to a number of sporadic terrorist attacks. However, since the 2011 Kenya Defence Forces (KDF) incursion in Somalia, terrorist attacks in retaliation by groups such as Al Shabaab have increased, taking the form of grenade attacks or indiscriminate shooting, with the most recent incidents being the Westgate Mall siege, the Gikomba grenade attack, and the Mpeketoni massacre. These incidents have raised public concern over Kenya’s preparedness to combat terrorism.

In 2010, the country adopted a new constitution, which provides an expansive bill of rights, including, among others, privacy rights. However, the country still lacks dedicated privacy legislation following the state’s repeated failure to adopt the Data Protection Bill 2013. In 2012, parliament passed the much-criticized Prevention of Terrorism Act, which provides the legal framework for counter-terrorism activities.

This report seeks to assess the implications of the government’s response to terrorism through its proposal to introduce and adopt surveillance technology in major towns as a measure to avert future terror attacks.

This was originally published in the Global Information Society Watch 2014. Read the rest of the article here.